“Finally, from so little sleeping and so much reading, his brain dried up and he went completely out of his mind.” — Miguel de Cervantes, “Don Quixote de la Mancha”

I’ve always identified with this quote, partially because I think it describes what will inevitably happen to me someday. Books become so much a part of my reality that I’m terrified that, one day, I won’t be able to tell the two apart. You should have seen me after Cedric Diggory died. Or Sirius Black. Or Fred Weasley. Or after the whole ending of “Where the Red Fern Grows.” These books become personal, OK?

I’m hoping that because we went to Alcalá de Henares today, some of Cervantes’ writing brilliance will magically transfer to me. Hey, Don Quixote believed stranger things.

Alcalá de Henares is a bigger town than Toledo, but it somehow felt smaller. It was a very different environment because there weren’t souvenir shops on every street corner. It had more side streets packed with restaurants, as well as little boutiques full of clothing in every imaginable color. The major sites also seemed more spread out, which meant even more walking. (We’re averaging over 10 miles a day.)

Because we got to the city a bit on the late side, we walked around for a bit before we decided to grab lunch. Clare’s only requirement? That they serve bread.

We found a cute little place that seemed very low key (I’m still not used to the whole seat-yourself-rather-than-waiting-for-a-hostess thing), and it seemed to fit in with the charming atmosphere of the town. There was only one problem: The menu was unintelligible. And this from someone whose first language was actually Spanish.

I ended up just hoping that whatever I was ordering would be good. While I can read “Don Quixote” in Spanish, the menu still puzzled me. At one point, Clare looked at me and told me, “So, basically, what you’re saying is that right not my Spanish is just as good as yours is.”

Sad thing was that she was kind of right.

Clare ordered “judías blancas con chorizo y bacón” and “pechugas de pollo villaroy.” Basically, she got a bean soup (she doesn’t really like beans) with sausage and bacon for her first course and what were essentially chicken tenders and fries for her second. (It was a bit more gourmet.) She really liked both courses, so I’ll remember that next time she refuses to eat beans.

With so few recognizable words on the menu, I felt like an alien in a completely new land. The menu could have been in French or German for all I knew. So, I decided to get myself “salmorejo con jamón ibérico” and “codillo a la gallega.” The first dish was this delicious kind of cold, gazpacho-like soup made from tomatoes that is apparently a Spanish delicacy. Or, at least, that’s what Wikipedia told me. The next dish was incredibly salty and looked sort of raw, but we kept seeing people order it at the restaurant, so I guess I made a good decision. Even my cousin, who has lived in Spain for the past three-and-a-half years, didn’t know what “codillo a la gallega” was.

Turns out it was the part of a pigs leg right near the calf. Yum?

Then we got our dessert, flan and a chocolate cake. Those words were pretty easy to recognize, at least! Both were yummy — I’m pretty easy to please; chocolate almost always does the trick.

Next we were off to check out the house where Miguel de Cervantes grew up and where his genius was developed. Maybe if I lived in a house with a well I would have been a literary genius, too. Gosh, parents.

Walking around the house was pretty cool, especially because it gave us a good idea of how people in those times lived. The house was a square-shaped house with a patio and an open roof and had a number of different rooms that all featured some sort of religious depictions. Perhaps most interesting was the fact that the women and the men had separate living rooms, where the women sat on the floor and did their sewing and played their music. I know it fit with the times, but I still hate the idea that the women

were sent away to sew and whatnot while the men did the “important” jobs. At least the floor cushions (a Moorish influence) looked a whole heck of a lot more comfortable than anything the men had.

After a little more shopping and a bit more wandering — like into random churches that were completely silent because people were praying, silence that was broken by Clare calling my name looking for me because she thought I was crazy for just waltzing into these churches — we were all set to go back to Emily and Dionisio’s place.

We got a bit of rest before Emily and Dionisio decided to show us the “real” Madrid (not the soccer team) instead of the non-weekend Madrid we’d already seen. We went to dinner at this Moroccan place recommended by a friend of theirs — in what is apparently known as the gay district.

Since it was Pride week, the main plaza was packed and pictures of muscular, half-naked men were strewn all about. At one point, Dionisio looked up and pointed to one of these posters, telling Clare, “That’s for you.”

Afterward, it was off to the bars, where, at the first one, we ordered beer and caught the end of the Brazil-Colombia game. (I still love you, James Rodriguez!) We also ordered some tortilla and bread, which was just so perfect and fit the atmosphere so well.

As we left, Dionisio had to go to the bathroom in a place right near the main plaza, so us girls were left on our own. While we were waiting, two guys came up to us and started speaking in rapid-fire Spanish that I mostly understood, while Clare stood there trying to piece everything together but struggling some to do so. Basically, they were pretending to be gay, a façade that slowly slipped away the longer they talked to us. We got a very Spanish welcome with the air kisses on both cheeks (right to right, left to left) — only after they laughed at me for trying to go for a handshake. Apparently Americans are too stiff and rigid.

Clare got made fun of for her limited Spanish, and they laughed at me some more for standing with my hands on my hips. Emily got taken to task for being “la responsible,” the responsible one. As Dionosio came up and found us, it was time to pull ourselves away, not before them trying to tell us that Spanish culture actually dictated three kisses, two on the cheeks and one on the lips.

I was born at night, but not last night.

Following Emily and Dionisio’s lead, we popped into another bar where things seemed a bit more chill. The décor was kind of hunting-lodge-meets-Grandma’s-place-meets-antique-museum, but, somehow, it all kind of worked. Following Emily’s lead, I ordered my first rum and coke, while Clare got the remnants of my soda.

It was a bit of a walk back to Emily and Dionisio’s apartment, but it was really cool to see Madrid at night. While it’s fun during the day, at night, the city just comes alive. We walked back around 2 a.m. (while the Pride movement was still going on with people dancing to songs like “Sweet Dreams (Are Made of This),” and people were still heading out for the night, and the bars were still packed.

We both could have stayed out longer, but Clare and I have an early train tomorrow to Barcelona.

At least, that’s what I keep telling myself to make me feel less lame.

Clare’s spicy bean in sausage soup that I still can’t believe she ate.

I still think she should have bought it. 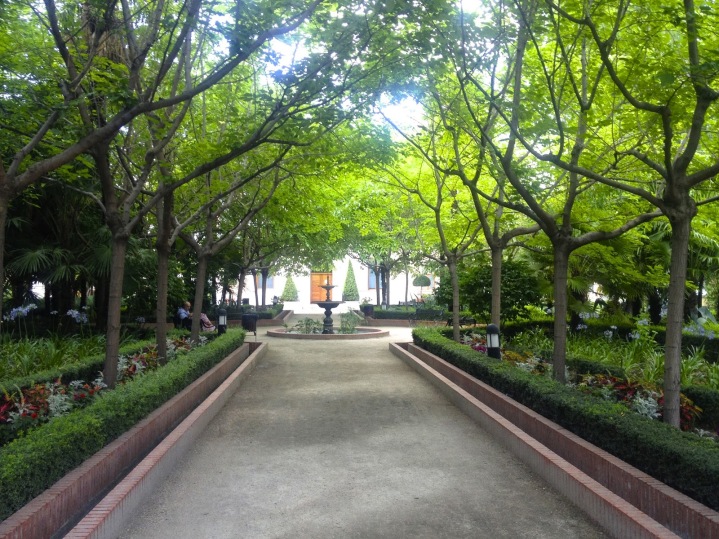 I love all these beautiful parks!

Clare told me I look like a vampire in this photo. As long as it isn’t one of the vampires from “Twilight,” I’m fine.

I guess you could say we like each other… 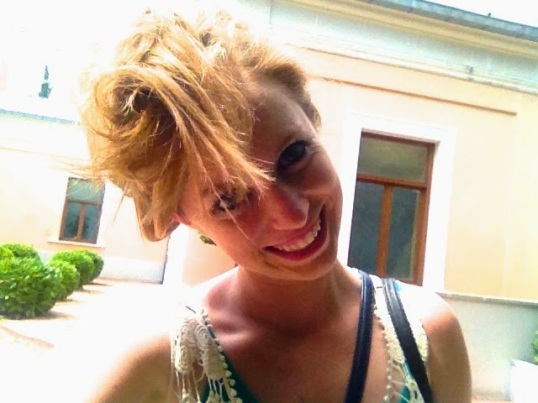 You steal my camera to take a photo, I post that photo online.

THE CUTEST PUPPY EVER on the train ride back to Madrid. Can you just picture Cora on a train?

glad i finally made it to a concert at the Greek Theater, oh, six years after i graduated
happiest among flowers
the size of my smile is directly proportional to how much of my drink i’ve had
clear skies, full hearts, can’t lose
writers will do anything but write
out of office ✌🏻
stress baking over a tennis match? couldn’t be me! (vamos!)
kinda unfair how much better everything looks on film
favorite reads of 2021
where i want to be: here
Loading Comments...
%d bloggers like this: